Popular
The good and the vague of the Digital Personal Data Protection Bill 2022
Rising importance of Indian middle class and its impact on Indian economy
SEBI regulations on Finfluencers – is this the end of the road for them?
Mutual Funds v/s PMS: Which Is The Best Way To Invest Money?
Bali G20 summit: success or another failed opportunity?
Why does India need a new capital tax regime?
Is cash still King in India?
Why startups are preferring temporary workers?
How to plan for recurring financial goals
BCCI ends the gender pay gap – Equal pay for men’s and women’s cricket teams.
Home » Personal Finance » 🛕Why India counts on these शुभ दिन?
Personal Finance

🛕Why India counts on these शुभ दिन?

Its that time of the year again

From social media to billboards – everything is screaming ‘festival’ and ‘sale’. The last two years saw reduced interest in festivities, thanks to the pandemic. But the grandeur is back. People are trying to compensate for lost time and go all out in celebrating. And businesses are more than happy to capitalize on this spurt of consumer spending.

Why must India shop?

Festivals are a breath of fresh air. Many consumer industries experienced slow growth over the past six to eight months, owing to high inflation. The increased consumer spending especially in these festive months will trickle down the economy and help bring some respite in an otherwise rocky year.

But why are these 2-3 months so crucial. Well. the festival industry is some serious business. Ganesh Chaturthi or Durga Puja – these festivals attract huge sponsorships and over time have evolved into a Rs. 500 billion+ economy. In fact, a recent study showed that Durga Puja accounted for almost 2.58% of West Bengal’s GDP in 2019. And this year, the size of the puja economy is expected to be much more!

A number of industries derive about 40-45% of their annual sales only during the September to November period. This very well explains the mad rush by the companies to grab the maximum share of the festival pie.

The mood is upbeat

Demand for consumer products had roared back in the Navratri period in both offline and online channels. Sales of smartphones, TVs, home appliances were up 12-20% from last year’s Navratri period. During the first four days of the festive season sales, e-commerce platforms posted total sales of INR 24,500 Cr – 1.3X higher than last year!

All eyes on Diwali now

A recent survey pointed out that overall festive spending in 2022 will likely fall short of the robust $37 billion spent in 2019.

This survey involved more than 58k responses from 362 districts of India. Of these, 33% were from tier-2 cities and 23% from tier-3 and -4 cities as well as rural areas. As per this survey, one-third of the respondents will not spend anything extra this festive season! 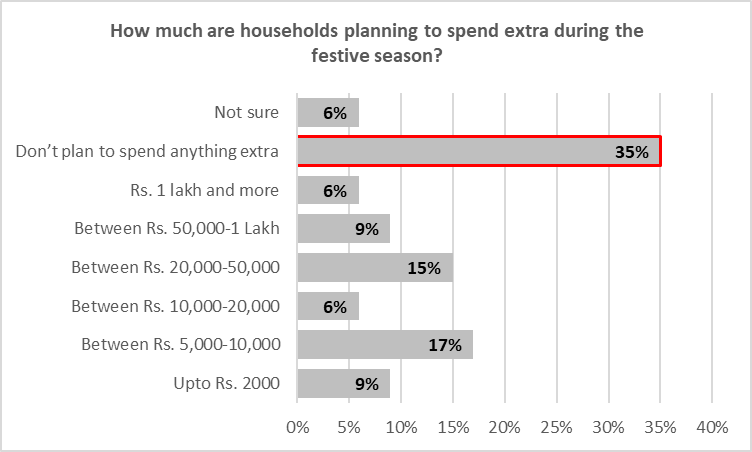 Who will be the winners and losers?

While urban demand may ride the discount wave, rural India is still a bit skeptical thanks to uneven rains and muted rural wage growth

Coming to the actual shopping list, below are the categories which will get the maximum share of India’s household festive shopping. 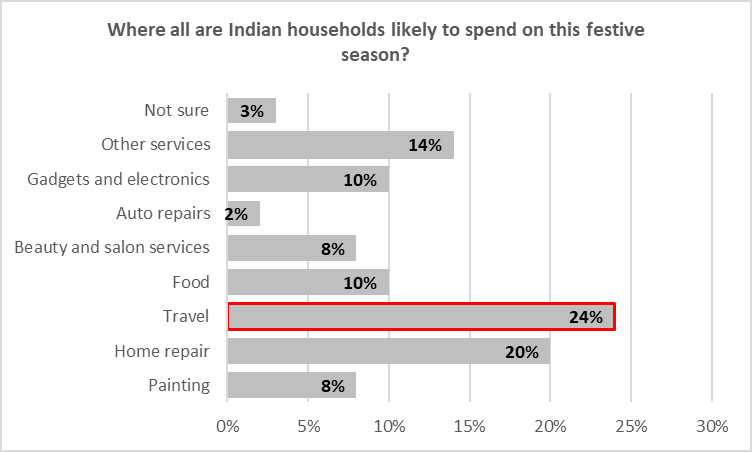 While hotels, restaurants and home repair services, would have reasons to cheer, only 10% intends to buy white goods and electronic appliances such as TVs, ACs and refrigerators. Infact, a majority of respondents planned to spend on Puja supplies and festive groceries only. Only 4% planned to purchase jewellery, despite gold prices at a six-month low. 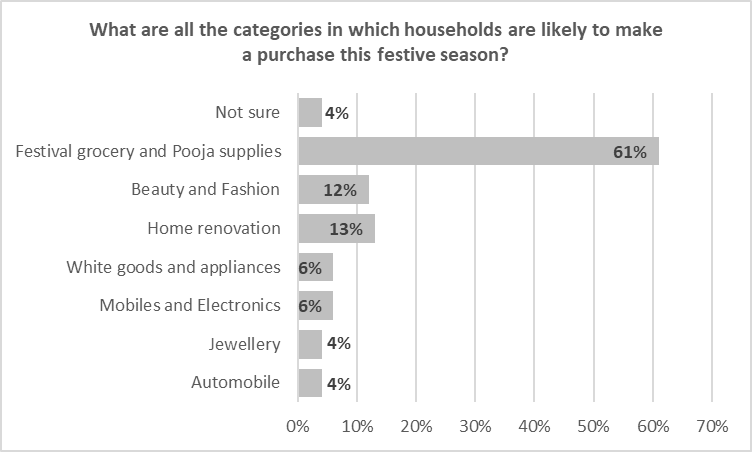 While consumers will open their wallets after two seasons of muted festive celebrations, but there remains an air of caution especially in middle-income households. Value purchases rather than indulgences will likely dominate the coming months.

In India, big and expensive decisions are often religion driven and we hope everyone finds their own reasons to make merry in the festivities ahead.

On this note, we wish all our readers a very Happy Dussehra!

Rising importance of Indian middle class and its...

Mutual Funds v/s PMS: Which Is The Best...

Is cash still King in India?

How to plan for recurring financial goals

Rising Interest Rates: How To Construct A Fixed-Income...